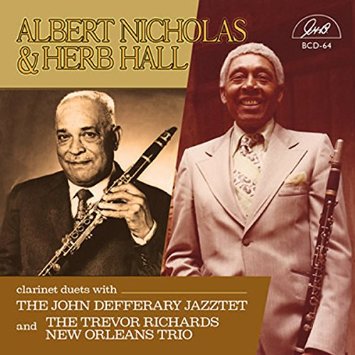 When clarinettist Herb Hall came to Britain in 1981 for a short residency at Soho’s Dean Street Pizza Express and a tour that took in Thetford and Cambridge, he worked with the Trevor Richards New Orleans Trio, plus Alyn on bass. The second half of this CD was recorded at the Pizza Express on 19 March 1981, during the afternoon before that evening’s gig.

What Is This Thing Called Love