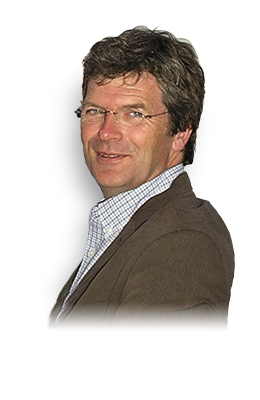 Alyn started as a broadcaster in the UK at the Oxford independent station Fox FM in the 1980s, and went on to make his first BBC Radio 3 documentaries in 1989, later presenting the popular late night Jazz Notes programme for two years from 1998.

He is currently the presenter of Jazz Record Requests. Until May 2012 he produced and presented Jazz Library and many of these shows are still available online to UK listeners. Previously, he presented the weekly show Jazzmatazz on the BBC World Service for six years until March 2003. Later that year, he won the Marian McPartland / Willis Conover Award for lifetime achievement in Jazz broadcasting.

His jazz based programmes have included profiles of Doc Cheatham, Ornette Coleman, John Coltrane, Coleman Hawkins, Keith Jarrett, Gerry Mulligan, Shorty Rogers, and Fats Waller, a history of the AACM, the story of the Newport Jazz Festival, a documentary in search of Django Reinhardt’s roots in continental Europe, and an exploration of the roots of jazz during World War I. Non-jazz programmes include a history of music publishing, a profile of John Cage, a profile of the architect Nicholas Hawksmoor, an investigation into mesmerism, the story of kites and a study of French music in the Napoleonic era.

He celebrated Haydn and Nelson’s friendship for Trafalgar Day, and looked at the professional partnership between Purcell and Dryden. Alyn has also been a regular contributor to Record Review on BBC Radio 3. His production credits include Ken Clarke’s Jazz Greats for Radio 4 (co-producer), The Richard Perry Story (Radio 2), Kylie Minogue on Blossom Dearie (Radio 2), John Williams’ Guitar Notes, Wayne Marshall’s Getting Organised and John Dankworth’s Art of Arranging and return to South Africa (Radio 3). 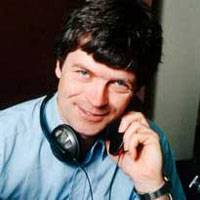 He has worked with Soweto Kinch on the story of jazz and hip hop, as well as Joe Harriott’s career and Caribbean jazz, and with Guy Barker co-produced Jazz at the Movies (Radio 2) and was writer/producer for Jazz on Stage (Radio 3). In April 2012, he wrote and produced Dame Evelyn Glennie’s exploration of Benjamin Franklin and the Glass Armonica. From 2012-2019 he was the executive producer of Radio 3’s Sunday Morning programme and also from 2016-2019 of Jazz Now with Soweto Kinch, Al Ryan and Emma Smith on Radio 3.

Alyn also makes history programmes, such as At War With Wellington for Radio 4, a seven part investigation of the 2008 bicentenary of the Peninsula War with Peter and Dan Snow. In July 2010, he teamed up with Peter and Dan again, plus daughter Lizzy Shipton as researcher, to make the story of Edward the Black Prince for Radio 4. Their most recent collaboration in May 2012 was a celebration of the centenary of the Royal Flying Corps. He has subsequently made programmes for RTE in Dublin and was executive producer of recent documentaries on jazz in Ireland, the courtesan Mrs Leeson (of the Prince Regent’s era) and a radio biography of the composer Elizabeth Maconchy.