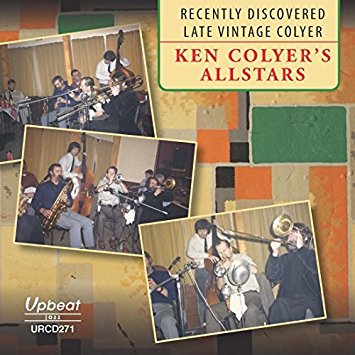 This live session features some of the finest late vintage Colyer where he fronts a talented line-up which reunited him with two key musicians from his classic 50s line-up: Ray Foxley and Colin Bowden. It is also one of the few occasions where he uses a tenor sax played by George Berry, who blows fluent clarinet for the rest of the gig. The band also includes John Griffith on banjo, Mike Pointon on trombone and Alyn Shipton on bass. What a great line-up! Ken himself is on inspired creative form.

This is the much-awaited audio version for some of the tracks on the Colyer DVD URDVD267 Ken Colyer On Video – Rare Footage from the Vaults.