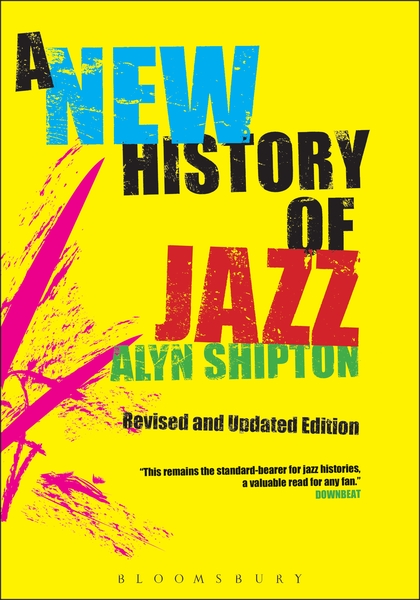 In this major update of the acclaimed and award-winning jazz history, Alyn Shipton challenges many of the assumptions that surround the birth and growth of jazz music. How was it that it took off all over the United States early in the 20th century, despite the accepted wisdom that everything began in New Orleans? Shipton also re-evaluates the transition from swing to be-bop, asking just how political this supposed modern jazz revolution actually was. He makes the case for jazz as a truly international music from its earliest days, charting significant developments outside the USA from the 1920s onwards.

All the great names in jazz history are here, from Louis Armstrong to Miles Davis and from Sidney Bechet to Charlie Parker and John Coltrane. But unlike those historians who call a halt with the death of Coltrane in 1967, Shipton continues the story with the major trends in jazz over the last 40 years: free jazz, jazz rock, world music influences, and the re-emergence of the popular jazz singer.

This new edition brings the book completely up-to-date, including such names as John Medeski, Diana Krall, Django Bates, and Matthias Ruegg. There are also important new sections on Latin Jazz and the repertory movement.

Praise for the first edition of A New History of Jazz:“The most outstanding single-volume history of jazz around.”—Don Rose, Jazz Institute of Chicago

“No jazz writer, scholar, teacher, musician, or fan should be without it on his or her desk. Yes, it really is that good.”—W. Royal Stokes, Jazz Notes

“Shipton has taken on the big on here and come up trumps…More trustworthy and less sentimental than many similar efforts…it achieves something approaching an essential text.” — Mojo

“A marvelously balanced yet passionate history of a protean cultural form. Not only is the book encyclopedic in the breadth of its coverage, but it has a thesis – or, more accurately, a set of interlocking theses – about how the music has developed.” — History Today

“Shipton’s done his homework, and he knows how to tell a story.” — Blender